Less than half an hour from Barton House, Oxford is an ideal place to visit should you wish to combine your event with a trip out.

Whilst Barton House offers a home from home environment, for those who want to take some time out to explore the historic city’s museums, the below offers (in no particular order) a few of our personal favourites. 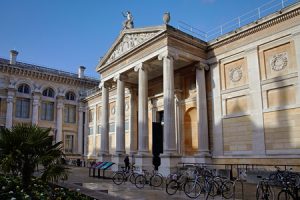 Open:
From 10am to 5pm on Tuesday to Sunday (& Bank Holiday Monday)

The Ashmolean is the University of Oxford’s museum of art and archaeology, founded in 1683. Their world famous collections range from Egyptian mummies to contemporary art, telling human stories across cultures and across time. The Ashmolean’s collections are extraordinarily diverse, representing most of the world’s great civilisations, with objects dating from 8000 BC to the present day. Among the many riches, they have the world’s greatest collection of Raphael drawings, the most important collection of Egyptian pre-Dynastic sculpture and ceramics outside Cairo, the only great Minoan collection in Britain, outstanding Anglo-Saxon treasures, and the foremost collection of modern Chinese painting in the Western world.

The Pitt Rivers Museum displays archaeological and ethnographic objects from all parts of the world and all time periods. It is also a teaching and research institution and the curators are also university lecturers in either cultural anthropology or prehistoric archaeology. The museum was founded in 1884 when General Pitt Rivers, an influential figure in the development of archaeology and evolutionary anthropology, gave his collection to the University of Oxford. There were more than 26,000 objects in 1884, but now there are over half a million in the museum. Many were donated by early anthropologists and explorers. Today the museum, which includes extensive photographic, film, manuscript and sound collections, is a dynamic, forward-looking institution with many connections to source communities throughout the world. 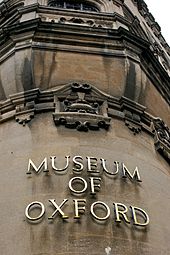 Open:
From 10am to 5pm, Monday to Saturday

In 2011 the Museum of Oxford turned off the lights and embarked on a new project which brought together the Museum’s collection and the heritage of Oxford’s Town Hall. The Museum of Oxford’s ‘Explore Oxford’ galleries opened in June 2012 and tell the story of Oxford and its people in a different way. Explore Oxford presents the city’s past and present in two very different spaces. Exploring the past, visitors can have a look around a Victorian Office and see how the city has developed over the past 3000 years. Continuing into the second space, visitors can take a virtual high-speed bike ride around the city.

Open:
From 12pm to 17pm on Tuesday to Sunday

The Museum of the History of Science houses an unrivalled collection of early scientific instruments in the world’s oldest surviving purpose-built museum building, the Old Ashmolean on Broad Street, Oxford. It is an active public museum, offering a programme of public lectures, family-friendly events, gallery tours, table talks and much more, along with taught sessions for schools. As well as permanent displays, visitors to the Museum can enjoy special exhibitions highlighting areas of the collection. 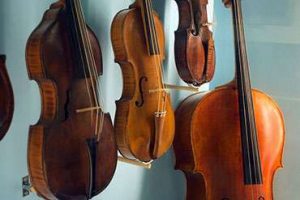 The Bate Collection is one of the most magnificent collections of musical instruments in the world. The Bate has over 2000 instruments from the Western orchestral music traditions from the renaissance, through the baroque, classical, romantic and up to modern times.  More than a thousand instruments are on display, by all the most important makers and from pre-eminent collectors.

This website uses cookies to improve your experience while you navigate through the website. Out of these, the cookies that are categorized as necessary are stored on your browser as they are essential for the working of basic functionalities of the website. We also use third-party cookies that help us analyze and understand how you use this website. These cookies will be stored in your browser only with your consent. You also have the option to opt-out of these cookies. But opting out of some of these cookies may affect your browsing experience.
Necessary Always Enabled
Necessary cookies are absolutely essential for the website to function properly. This category only includes cookies that ensures basic functionalities and security features of the website. These cookies do not store any personal information.
Non-necessary
Any cookies that may not be particularly necessary for the website to function and is used specifically to collect user personal data via analytics, ads, other embedded contents are termed as non-necessary cookies. It is mandatory to procure user consent prior to running these cookies on your website.
SAVE & ACCEPT